Out of complete curiosity, have you guys seen the show “Sex Life” on Netflix. 10/10 would recommend, especially if you were into the whole 365 days cinema. Now, I’m not going to spoil anything by saying this but, the main character writes daily in her digital journal, and she writes down everything. Her thoughts, feelings, desires, and more. I felt dirty watching, but it’s addicting. I mean being vulnerable and open even with yourself, is incredibly difficult, but on a platform is an entirely different experience. So those of you, who can openly talk about sex, your desires, fantasies, and personal lives more power over you. Now, this blog post, sadly isn’t in relation to sex, sad I know. It is about opening up to the possibility of becoming vulnerable with yourself.

(By the way, quick side note/thought… I know I said I am going to be talking about Faith in other blog posts, so you may be thinking, “Marisol this is not appropriate”. But, I am also living out my truths, and I believe the topics are not mutually exclusive because this is real life. So “Let’s Talk About Sex Baby”. Stay tuned for that blog post, coming soon.)
Back to your normal programming…

We have to get comfortable with being uncomfortable with ourselves, and that starts with being vulnerable. We spend a large portion of our time, constructing our lives to become a manifested version of ourselves. But, oftentimes that can lead to emptiness and the feeling of being lost because we aren’t living out our truths and desires. It’s important to make this switch before you lose yourself entirely or even lose sight of what you really want/need out of life to feel fulfilled and alive.

Now, I’m not saying it is not a great idea to manifest your dreams and work to become your best self; but you also shouldn’t lie to yourself in the process. Be open and honest and vulnerable with yourself to achieve that goal. For so long, I tried to bury the darkest portions of myself in order to present the notion that I was okay and happy. But I realized that the more I buried the unhappier I became, until one day it bubbled to the surface; and I spent about three months in severe depression.

Being vulnerable with yourself is not easy, nor should it be. It’s hard, but how can you be vulnerable and let your walls down with someone else, if you aren’t willing to determine why they’re up in the first place? Just a thought. 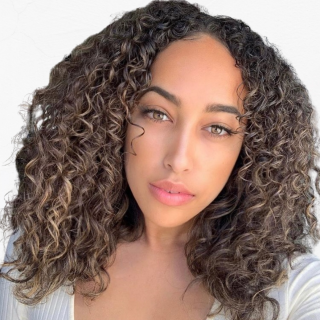 Hi, my name is Marisol Bragg and I am a spirited creative. My interests span across many different horizons, but what is consistent is my drive and enthusiasm about life.